Marijuana and Oral Health: Remedies if you choose to smoke weed 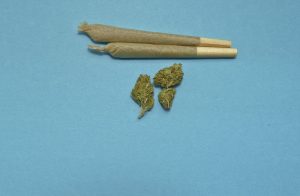 Marijuana and Oral Health: Remedies if you choose to Smoke Weed

It’s no secret that medical marijuana is one of the most popular substances, especially among young people. If you live in Arizona, it doesn’t take much to get a medical prescription for the use of Medical Marijuana. It is well known that smoking is not just bad for your lungs but it can cause bad breath, discolored teeth, gum disease and oral cancer. As more states are legalizing marijuana for medical and recreation, some people have Googled what effect smoking marijuana has on teeth and what they can do at home to remedy the problems caused by marijuana.

If it ends in “rhea” it is generally something that you want to avoid!

Poor periodontal health is known as Periodontal disease. Your grandparents used to call it pyorrhea. It is pronounced “py·or·rhe·a” or “pīəˈrēə” and anything that ends in “rhea” or “rēə” is generally not a good thing… diarrhea, dysmenorrhea and gonorrhea come to mind.

What can you do if you choose to smoke marijuana?

It doesn’t matter if you’re smoking tea leaves, tobacco or marijuana. Smoke dries out your mouth. Dry Mouth also known as xerostomia. Xerostomia is often described as having cotton-mouth can lead to higher amounts of tooth decay. While under the influence of marijuana, the nervous system responds by reducing the production of saliva. A reduction in saliva is the reason you may have bad breath and a higher risk of tooth decay.

REMEDY: Despite your cravings, avoid sugary foods and drinks like soft drinks, energy drinks and juices. Try to stay hydrated with water.

Smoking weed may also directly cause the yellowing or light-green stains of teeth among heavy smokers.

REMEDY: Professional teeth whitening use of an electric toothbrush, and porcelain veneers. Teeth whitening procedure help with stains much more than any other method.

Cannabis smoking also has the potential to contribute to the risk of head and neck cancer.

REMEDY: When you smoke, try to reduce the high temperatures because heat causes sores in the mouth. Choose to vaporize or eat medical marijuana instead of smoking it. Try taking it in pill form, baking it into foods, or eating weed lollipops. Common sense says that smoking can be detrimental to your health.

Like smoking, use of medical marijuana is linked to increased gum problems.

REMEDY: Meticulous oral hygiene is the only way to prevent gum disease also known as periodontal disease. Brushing your teeth often especially right before bed time is important in maintaining your oral health. Cleaning between the teeth with floss or brushes that go in between the teeth are also helpful.

Smoking marijuana can suppress the body’s immune system, which explains why pot-smokers are more susceptible than non-smokers to certain cancers and infections.

REMEDY: Maintain a balanced diet and drink the recommended amounts of water every day. Visit our Sedona dentist regularly, and make sure to remain active through daily exercise.

Habitual marijuana users concerned about the effects smoking pot has on their oral health should seek the advice a dentist. Sedona, AZ residents are invited to call Roy Daniels, DDS. He has a dental office in the beautiful red rock dental community of Sedona. Being open with your dentist is essential for your well-being. With honest communication and by making your dentist and dental hygienist aware of habits that affect your dental health, they will be more capable to provide the care you will need. With the legalization of both medical and recreational cannabis in many states, it is important to be transparent and be open to discussing your use of marijuana with your dentist and dental hygienist, much like tobacco and alcohol use.

If you have any doubt about your oral health, contact Sedona Dentist Roy Daniels at 928-282-3246.

As the facts and situation around Coronavirus (COVID-19) continue to evolve, Dr. Daniels and team continue to be available as needed for essential and/or emergency care and services. Your health is our top priority and in an abundance of caution, we will be rescheduling routine dental procedures, including dental hygiene visits. As health care professionals, we all have a role to play in “flattening the curve” in order to follow sound, scientific public health advice to help limit infections and slow the spread of the virus.

As our hours adjust, you can still call our office at ‪928-282-3246‬. If we don’t answer the phone, please leave a message or text us at our office number so we can return your call.

We apologize for any inconvenience and thank you for your patience and understanding during this time.

Learn more about going to the dentist during the Coronavirus outbreak.